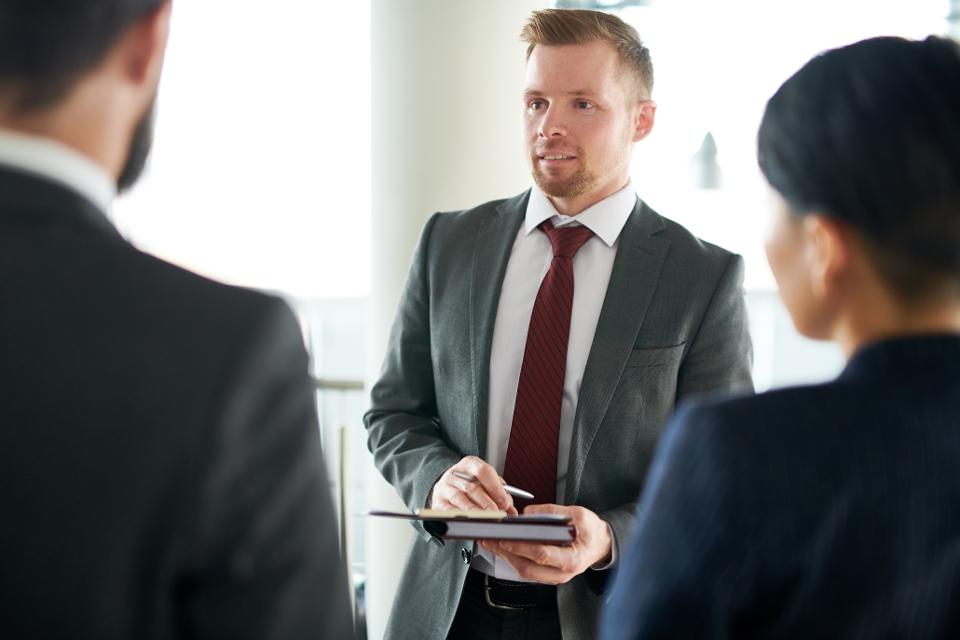 Which type of leader are you?

There are five key levels of leadership in an organization. I don’t see them necessarily as a progression, but as we continue to develop our leadership skills, we’ll start to move toward the higher levels that people really admire.

You’ll notice that the higher the level, the better the leader is at meeting the needs of employees. It all comes down to respect. Levels one and two typically don’t earn that from people, and it will hold leaders back from advancing in their careers and furthering the goals of their organization.

People follow you simply because they have to. They may not like you as a person or even respect you as a superior. We’ve all seen a boss in contrast with a leader.

I’m not necessarily saying you need to be liked as a leader, but you shouldn’t be actively disliked, either.

How to combat being “the boss?” Get out of your ivory tower. Get out there and talk with your people. Address their concerns. If people are afraid of you and can’t see you as approachable, you’ll never be a successful leader.

People follow this type of leader because of what they do for the organization. Employees may not like or respect them, but they are willing to work for them because they get stuff done.

If you’re a Level 2 leader, this doesn’t necessarily mean you’re a bad person. But the reasons that people follow you may be less than genuine. They simply think, “What’s in it for me?”

One of the best attributes of a Level 2 leader is that they’re often willing to make tough decisions that really make a difference. The challenge is that they often lack consistency because they’re always worried about what impact their decisions are going to have. They may also have a feeling of needing to be political with their decisions, which can impact their personal style and consistency in how they treat others.

A caring manager is a person who truly cares about their employees. Typically, people follow them because they want to. They like them. They’re nice. They don’t fall back on their title in order to get things done, and they recognize that to really lead their people, it’s important to influence and coach them.

This type of manager typically has good communication skills and personal connections with their people.

Jack Mitchell, author of Hug Your People: The Proven Way to Hire, Inspire, and Recognize Your Employees and Achieve Remarkable Results, seems to fit this mold. His book details how closely his success and that of his business is tied to his ability to connect with and “hug” his people. This personal connection drives fierce loyalty.

However, as a caring manager, you must be careful not to be a pushover. Occasionally, a caring manager can be taken advantage of or let emotions get in the way of good business judgment.

As a Level 4 leader, people are following you because of what you’ve done for them. You have become successful because you empower others. You’re the type of person who is really willing to hold your people accountable — in a good way — and will not accept excuses for why things aren’t done. So, you retain a high level of credibility with your people.

These leaders are likely very respected in their organizations because, above all, they empower their people. Once they’ve trained them, they say, “Go get ‘em, tiger!”

When a leader does things for their people, we often refer to it as servant leadership, and a Level 4 leader fits that persona. The challenge for this leader, however, is to be careful of “coattail riders,” who can use the leader’s willingness to serve as a way to take advantage of them. After all, a Level 4 leader will always try to do right by their employees.

This level is what we wish our public leaders often would be. People follow you because of who you are and what you stand for. They see that your words and actions are consistent and match unwaveringly, regardless of the political climate or culture of the organization.

With this level of consistency, people start to mirror your behaviors. It’s a good thing, because if you’re standing up for the right things within the business and making the right decisions, you want people to follow your lead!

Again, these levels aren’t necessarily a progression, and each leader brings something different to the table at a different point in time. In a crisis situation, maybe you do need that Level 1 boss.

But absent a catastrophe, we probably want to be in one of the higher levels where we’re developing our people and our people are following us because of who we are. That’s where the inspiration really is.

Ultimately, I believe you owe it to yourself to develop your leadership skills. You’re either going to benefit from or be hampered by the track record you establish with your people each day. We know that the only way to effectively get things done in business is through other people, so I believe that you owe it to yourself, your employer and to those working with you to become the best you can be.