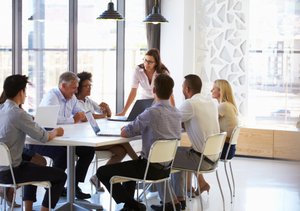 As a business owner or executive, it’s far better to screen job applicants for the following five leadership traits than to hire and then fire managers who prove to be incompetent at leading others.

A recent Gallup survey uncovered an unsettling pattern among U.S. employees: Most workers report having little or no confidence in their company’s leaders. According to the report:

The officers of the Titanic had better poll numbers – after the ship sank.

The 5 traits of highly effective leaders

Every department in your company is vital – from customer support to IT and new product development. This means that the leader of every team, department and division is crucial to the success of the organization. One weak link can easily undermine the morale, efficiency and profitability of the whole firm.

Unless you’re the head of a very small organization (a one-man band) or a multinational giant, it’s likely that you’ll be personally responsible for filling a variety of management positions. How can you be sure you’re hiring people who are good administrators and good “people persons” – individuals who can combine superior management skills with innate leadership abilities?

You can’t ensure that you’ll always make the right hiring decision, but you can up the odds by looking for these five traits in every job applicant:

1. Loyalty. Running a company is never a cake walk, but loyal lieutenants can make the task much easier. Unfortunately, those who cut and run when the going gets tough aren’t the kind of people you can build your company around. You don’t want fair-weather fans who are there only during the good times. You want managers to help you overcome those high hurdles, not people who will abandon ship at the first sign of a squall. Before and during job interviews, look for red flags that might indicate that the person would rather flee than fight, e.g., a history of job hopping.

2. The ability to promote a shared vision. As a business leader, you want managers who will not just share your vision but will disseminate that vision among the rank and file. If a manager doesn’t share your vision, behaves selfishly or fosters a conflicting vision, they will have to go. Otherwise, they will throw everyone out of sync, disrupting the entire culture. Of course, it’s up to you to develop an inspiring vision that your “second-in-commands” can evangelize.

3. A commitment to excellence. Search for people who will seek to make their departments and divisions the best they can be – people who commit to excellence in all that they do. Everything the leadership team does, both internally and for the customers, must help the company deliver a superior product or service that is consistent day after day. In general, applicants who speak passionately about their interests and accomplishments will be a better fit than those who simply recite a laundry list of responsibilities when asked about their previous jobs.

4. Communication skills. Every manager must be able to convey what they mean so directions can be clearly understood by the employees they manage. They also need to be approachable. The moment a leader’s words reveal disdain for the average worker, morale is damaged. If you have leaders who are arrogant and condescending, and treat employees poorly, you have to come down on them like a 16-ton weight. As CEO, I treat everyone – from my executives to the receptionists – as valuable team members. People who display arrogance will bring the company down and need to go.

5. Organizational skills. The goal of a good leadership team is to build a best-in-class operation. There is no room on such a team for disorganized managers who take shortcuts. Flexibility and agility are important qualities in any team, but employees also need a roadmap. They need plans and structures before they can adapt those plans and structures – if the need arises – to changing conditions. Disorganized managers sow chaos and lower morale, casting doubt that the department is headed in the right direction, or even capable of heading in that direction.

I’ve worked with many personalities and temperaments in my years as a CEO. Some managers put themselves first; others put the company first. Some promoted their own agendas, and others rallied their troops to pursue a common vision.

As a business owner or executive, it’s far better to screen job applicants for the five key traits above than to hire and then have to fire managers who prove to be incompetent at leading others.