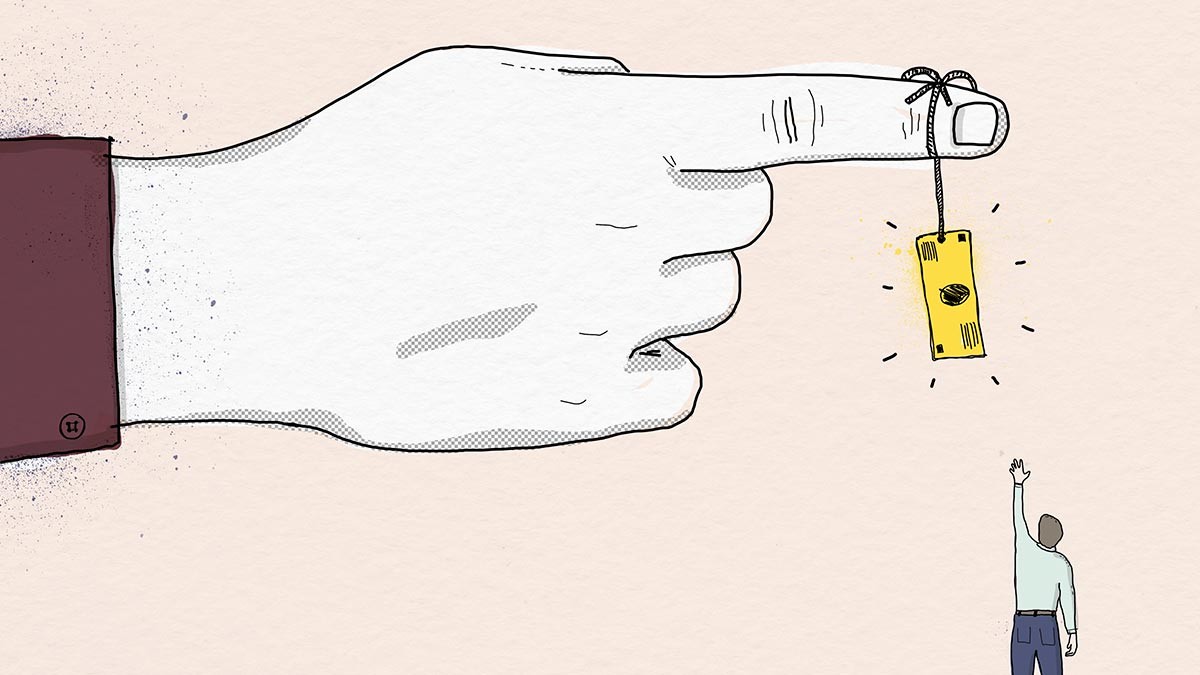 by Andris A. Zoltners, PK Sinha and Sally Lorimer
Republished from Inc, September 14, 2017

Most companies pay salespeople a combination of a salary, a commission, and a bonus for hitting a quota, putting a portion of their pay at risk. The belief is that at-risk pay motivates salespeople to work hard and direct effort towards sales activities that encourage achievement of sales goals.

In reality, however, many of the commissions and bonuses companies pay salespeople aren’t truly at risk–and as a result, the company may be spending money in ways that produce little in the way of extra effort or motivation.

Pay mix – the ratio of fixed pay (base salary) to variable pay (incentive or at-risk pay) – is commonly used to gauge the extent to which a sales compensation plan motivates salespeople to drive current results. A 60:40 pay mix is the average for U.S. sales forces, but the mix varies across industries and sales roles. A very aggressive mix (say 0:100) is common in industries such as insurance that use independent contractors as sales agents. A less aggressive mix (say 75:25) is typical in industries such as pharmaceuticals that want salespeople to focus on customer education, and for technical sales jobs that have a large problem-solving component.

Within an industry or company, pay mix often varies across sales roles. One technology company targeted a 50:50 pay mix for salespeople in new customer acquisition (CA) roles, but a 70:30 mix for salespeople in account management (AM) roles. This encouraged the CAs to “hunt,” while the AMs focused on cultivating relationships with existing customers.

But these planned pay mixes can be a misleading indicator of the extent to which pay is at risk and tied to salespeople’s current performance. This is because frequently, a large percentage of sales are “free” to the salesperson and will be realized without current sales effort.

Free sales are not free to the company; they require investment in areas such as product development, marketing and previous sales effort. In the short term, however, these sales are free to the salesperson. Consequently, incentives paid on free sales are a hidden salary. They are not at risk and therefore do little to truly motivate sales effort.

To understand the extent to which a sales force pay plan motivates current performance, look at a true pay mix by treating incentives earned on free sales as fixed, not variable pay.

For example, a company that sold implantable medical devices to surgeons sought to reinforce a “pay-for-performance” culture with a commission-based incentive plan and a 43:57 targeted pay mix. Analyzing the numbers, they recognized that carryover sales were significant. Once surgeons became comfortable using a particular device, they were unlikely to switch to a competitor’s product, even if the salesperson became less attentive. After accounting for the portion of commissions linked to carryover sales, the company estimated true pay mix to be 77:23. The planned pay mix greatly overstated the extent to which pay was linked to salespeople’s current performance.

Companies can address this problem by adjusting incentive payout formulas. One strategy is to set a payout threshold so no incentives get paid until a certain sales level or percentage of quota is achieved. Another strategy is to accelerate the commission rate for increasing levels of sales or for sales above quota.

For example, an industrial packaging company targeted a sales force pay mix of 75:25 and thought this gave salespeople strong incentive to sell. However, more than two-thirds of the company’s annual revenues were driven by multiyear contracts customers signed in prior years. Two-thirds of the 25% earned as incentive was hidden salary, making the true pay mix 92:8.  A change to the incentive payout formula could remedy the situation. If salespeople had to exceed the free sales level (say 70% of quota) before they started earning incentives, they would likely work harder to drive new sales. Further, accelerating the incentive payout rate as quota achievement grew to 100% and beyond could motivate salespeople to achieve even higher performance. The threshold and accelerators could help align the true pay mix with the planned mix.