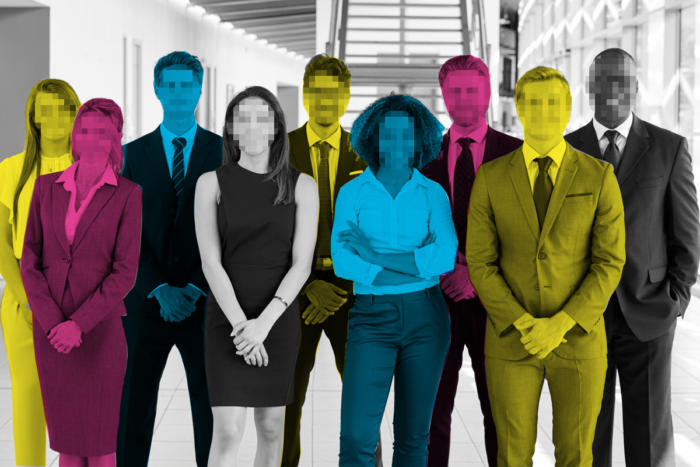 In the age of disruption, nothing is needed more than leadership. And this is the case for the entire executive team. Given this, what traits should boards and members of the executive team be looking for in candidates and in their existing leadership team. This is the question that I posed recently to the #CIOChat.

What leadership traits should executives be looking for?

I got a lot of great answers to this question. Given this, I organized the list in a top 18 format. Yes, I wanted to condense it down to 10, but the 18 were so good.

CIOs were clear that this is big list to be look for. But they said with one voice that without trust and integrity, you are going to have a tough time making progress. Clearly, there is much that leaders should bring to their assignments.

When CEOs are evaluating CIO candidates, what should they be looking for?

CIOs suggest that CEOs be looking for the ability to communicate across internal and external audiences. At the same time, it is critical that CIOs show knowledge of the business and of the importance of IT alignment to that business. There should, also, have a “palpable desire to add business value”.

In the interview, CIOs say CEOs should look for eye contact, positive body language, empathy, and behaviors that translate into cultural fit. CIOs say look for the ability to communicate strategically and at a very low-level of detail. They say that CEOs should want to hear about the ability to make tough decisions with limited information. And as well, make sure to hear about a potential CIOs approach to innovation and risk management.

And in the digital age, you need to hear about a CIOs approach to transformation. CEOs should look for evidence of business acumen and skills in collaboration. As well, they should want to hear about their past problem solving and communication. This includes the ability to lead others through unknown territory and to inspire innovative ideas for old problems. This includes the ability to provide strategic counsel to the CEO.

Prior to beginning the hiring process, CIOs say that it is important for the CEO to have an honest conversation with the board and the rest of the executive management team regarding what type of CIO is needed and what responsibilities they will drive. If the CEO and board can gain consensus on what they collectively want, it’s more likely that the CIO will be successful in their job.

Are different leadership traits needed for different areas of IT?

CIOs suggest that today leaders need to have a breadth of core biz experience and results. At the same time, depth of specific knowledge, skill sets, and approaches are needed. Increasingly, this needs to include the ability to promote diversity and true inclusion that leads to constructive collaboration and speed of delivery.

One CIOs suggests that they don’t know if traits is the right word, but certainly different leadership emphasis makes sense. Service desk leaders need to be good at daily customer interactions and have empathy. Developer leaders needs vision but not daily interaction. But at the end of the day, CIOs say all of these areas are made up of people, so the traits are going to be similar. Regardless, different leaders need different technical skills. CIOs suggest, as well, you need to hire true believers for DevOps, IT Operations, Project Management, or Service Desk. At the end of the day, CIOs say that it is the leader’s job to resolve tension while achieving the mission of their IT department.

CIOs say that the want their team to challenge them. CIOs don’t want yes people – instead they want different viewpoints.

Do you feel leadership skills/traits can be trained or mentored?

CIOs think so. While there could be argument that you do or don’t have or need a specific leadership trait, CIOs believe people can improve. They claim like the former CEO of Honeywell, JJ Reiner, executives should always be working on improvement. CIO stress here that people respond better to leaders that care. This, they say, is the basis of true leadership

Senior leaders need in effective organizations to be all about practicing and acknowledging the value of these skills. At the same time, CIOs say that what got us into IT doesn’t necessarily carry us to the next leadership role in or outside of IT. Here some CIOs stress the value of coaching. This is why CIOs stress the value mentorship. CIOs stress that good leaders have had a mentor at one point or another. Plus, a good leader is willing to take on mentoring as part of staff formation. In sum, CIOs believe that leadership traits can be mentored.

Do successful leaders personally ‘digital disrupt’ themselves before changing their organizations?

CIOs believe that there is evidence that if you accept the world changes and as a result, you need to modify beliefs and actions, you have the right stuff to be a CIO. Clearly, how can you ask other people to do what you aren’t willing to do yourself? One CIO suggested here that the key character trait of a leader is that won’t ask someone to do something that you wouldn’t be willing to do. Caring, in a technical sense, is operational excellence.

Another CIO said that digital disruption may be a cute term to use in an interview.  However, the first airline to use computer-based booking was disruptive too. Then everyone else copied them. Disruption clearly comes in waves as Geoffrey Moore suggests and is continuous. You cannot sit on your laurels. There is risk if you view your organization as innovative when complacency is what really matters.

Obviously there needs to be an understanding of what’s to come and why, but it’s far more fun to experience it alongside the digital change. Creating sustainability, CIOs say involves creating a shared experience versus of set of solo experiences.

It was amazing after starting this piece I got to meet with one of our CIOs in the chat for dinner. He is someone that I would work for in a minute notice. He told me about some of the leaders that he had worked for. He said that he still is connected to them. They still mentor him and he still calls them after many years boss or coach. I was amazed that when I met a prior leader from his team that said they still call him boss. Real leaders touch people’s lives for lifetime. In age that is starved for leadership, leaders that view mentoring as a personal cause will transform lives and their companies.