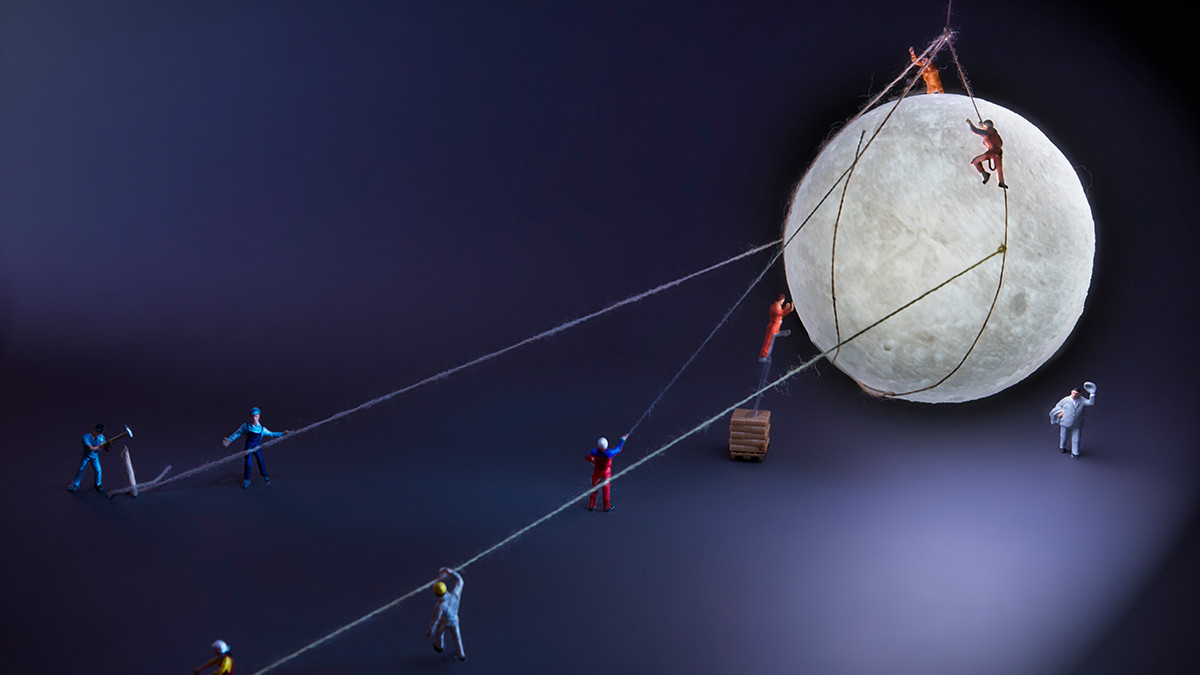 In front of a packed room of MIT students and alumni, Vivienne Ming is holding forth in a style all her own. “Embrace cyborgs,” she calls out, as she clicks to a slide that raises eyebrows even in this tech-smitten crowd. “Really. Fifteen to 25 years from now, cognitive neuroprosthetics will fundamentally change the definition of what it means to be human.”

She’s referring to the work that interests her most these days, as cofounder of machine learning company Socos and a visiting scholar at UC Berkeley’s Center for Theoretical Neuroscience. (“So — can I literally jam things in your brain and make you smarter? If you’re curious, the answer is unambiguously yes.”) But the talk has covered a lot more than this, as Ming has touched on many initiatives and startups she’s been involved with, all solving problems at the intersection of advanced technology, learning, and labor economics.

She’s an entrepreneur, a CEO, and a teacher — all leadership roles — but when we ask her about her leadership style, she demurs. “What I’ve learned about myself as a leader, as an executive, is — I’ll be blunt — I’m a pretty mediocre manager. I try to do the right things, but I’m much more focused on problems than I am on people, and that’s not always that healthy.” While she’s utterly confident in herself, she just doesn’t identify as top management. She’s happier to think of herself as a data scientist, a computer geek. She loves talking about hacks she’s pulled off — like the alterations she made to her diabetic son’s medical devices, so she could merge all their data to produce a predictive model. Now, she gets an alert an hour in advance if a spike or drop is coming in his blood glucose level. This is an unprecedented, and highly valuable, thing. “Turns out, it would have broken several federal laws if I had done this with patients as a medical device company,” she laughs.

Ming is a tech optimist, believing that all kinds of previously intractable problems will be able to be solved as the tool kit for addressing them is developed. And she’s decided her best way of contributing to that progress is to keep honing her individual-contributor skills. “For a long time, I tried to be the whole package. I put a lot of energy into making certain that I was shepherding everyone along, doing all the right things for my teams. Then I realized: You know what? If I can get some people that are really good at the things that I’m not, then I can focus on my strengths. And my strengths are in creative problem solving — all the way down to writing the code myself.”

The attitude she’s espousing doesn’t really map to the traditional image of the enterprise leader, or to what typically gets taught in leadership development programs. Yet there is no denying that truly awesome stuff gets done thanks to Ming’s abilities to see possibilities and assemble talent. There’s a reason she’s been invited by the MIT Leadership Center to speak. We think her approach to taking on big problems will resonate with this crowd.

Over the past year, as faculty director and executive director of the MIT Leadership Center, we have been trying to put a finer point on a distinctive style of leadership we keep seeing all around us. We weren’t sure if it was because we spent so much time with MIT-trained people, or if there was a much more widespread shift under way, but the people we saw driving impactful, world-changing initiatives just didn’t look like old-school leadership material — and didn’t seem to want to. Cautiously, we called it problem-led leadership, and launched into all the interviewing, case studying, and literature review that goes into a leadership research project.

To make a long story very short, we found several common threads in the work of problem-led leaders. Most striking is that none of these leaders has any expectation that they will attract “followers” personally — by dint of their charisma, status in a hierarchy, or access to resources. Instead, their method is to get others excited about whatever problem they have identified as ripe for a novel solution. Having fallen in love with a problem, they step up to leadership — but only reluctantly, and only as necessary to get it solved. As Ming says about her entrepreneurial ventures, “The only reason I do it is because it is an amazingly effective way to have an impact on the world.”

From this “problem-led” beginning, other differences follow. Leadership becomes an intermittent activity as people with enthusiasm and expertise step up as needed, and readily step aside when, based on the needs of the project, another team member’s strengths are more central. Rather than being pure generalists, leaders pursue their own deep expertise, while gaining enough familiarity with other knowledge realms to make the necessary connections. No one assumes that the life of a team, or even organization, will be prolonged for its own sake. They expect to be involved in a series of initiatives with contributors fluidly assembling and disassembling. It’s a key leadership talent, then, to know how to put together a team. To tackle a problem, they need to find the right talent and to convince others that their project offers the chance to be part of a breakthrough. (Talented people always have other options, after all.)

Back to Vivienne Ming. In an interview after her talk, she is pressed again to describe the role she plays in her ambitious projects and she pauses to reflect. “I lead by leading,” she begins, and then quickly worries that this “sounds a little self-aggrandizing.” She clarifies what she means. “I get out there, and I solve problems. And I hope that motivates my colleagues to do the same.”

It’s the leadership that dare not speak its name — we’ve heard this discomfort with the term expressed so many times that we now call people like Ming “anti-leadership leaders.” But while we started out thinking it was “MIT style,” we now believe it is a style that is generally trending in the world, at least in settings where a premium is placed on innovation. People like Vivienne Ming can be found in many places, getting focused on opportunities, getting others energized and organized, and getting problems solved. Call them what you want, but what they’re doing is leading.